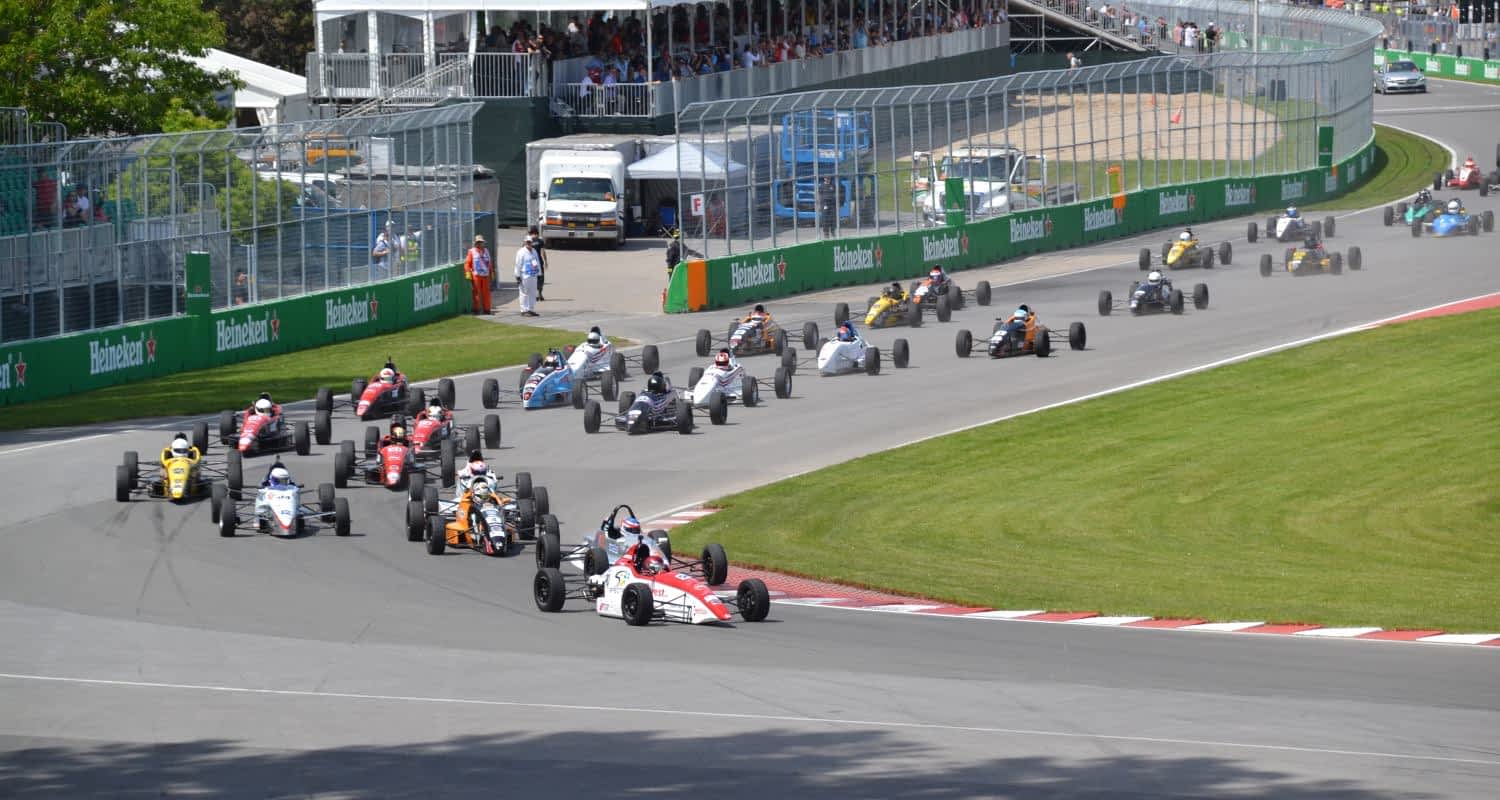 The best racing is not in F1.

F1 is really good this year. IndyCar has been a constant source of amazing racing since I began following the series in 2012. Recently though, I started watching their feeder series, F2 and Indy Lights, respectively, and I have to say: the best racing is not at the top.

Indy Lights is the step below IndyCar. It is the top step of the “Road to Indy” with USF2000 and Pro Mazda being the other rungs of the ladder. The entire program is amazing. It is well supported, with the winner of each series getting a scholarship to help them get a seat in the next.

Mostly though, the racing is just so fun.

Like all feeder series, the drivers are young and hungry. They know they need to impress to move up, and so they are willing to make moves and try overtakes that drivers in a top series wouldn’t take. The result is fun to watch.

Plus, since TV contracts aren’t as hairy as a big series, the races can be found on YouTube. The quality of the broadcasts leaves a lot to be desired, but the racing doesn’t. You can spot stars in the making.

Note that Indy Lights follows the grand tradition of American Racing by being completely afraid of spending money. Everything is super cheap and low-key, which is fun, but everything is also sponsored to the point of absurdity.

While Indy Lights is fun, F2 is bonkers.

F1, unlike IndyCar, doesn’t have a well-defined ladder system. F2 is the closest series to F1 and follows it to most tracks, but below that there is a jumble of weirdly named and spec’d series that feed into each other.

None of that matters though, because the races are extremely fun to watch.

Like Indy Lights, these drivers are young and desperate to grab an eye in the F1 paddock. Some are part of established programs from F1 teams (Honda, Ferrari, Mercedes, and Red Bull have young driver programs), while others are just making their way. Some have some crazy rich backers (usually parents), while others have made their way on talent.

Races are more well-defined in F1 than Indy Lights, though, since F2 has now become a test bed for new F1 rules. That means races are run to mostly the same rules as F1 (which makes following both very easy), with the exception of having two races of different lengths each weekend: the feature, which is longer and requires a pit stop, and the sprint, which is shorter and can be run on one set for tires.

Races are harder to watch, seeing as the TV contracts are controlled by the same greedy folks that handle F1, but they do get aired on TV occasionally in the US. Or they fall off the back of trucks. Whatever works.

The main similarity between these series is that they are spec. All the cars are (theoretically) the same, so the drivers are the ones that get to shine. This is a vast difference from F1, where the driver differences are only really noticeable between teammates since the cars are so different. IndyCar falls somewhere in the middle, because while it is technically a spec series, the differences between the teams and their data on how to set up a car play a large role.

Spec series though, while less interesting from a technical point of view, are amazing from a racing point of view. Watch the F2 races from Italy this last weekend. You’ll see.

The big image at the top is neither F2 or Indy Lights. It’s the F1600 race from the 2017 Canadian Grand Prix. F1600 is a Canadian series that uses Formula Ford chassis with Honda engines. It’s also great fun. Full size image here.