Ode to the Raspberry Pi

I love the Raspberry Pi. I love the concept of a cheap, tiny, and capable computer that can be used for anything and everything. I’ve used them since they first came out in 2011, and I still have my original Raspberry Pi 1 Model B. It’s not very useful now, with it’s slow CPU and lack of built-in wireless, but it’s still sitting in my desk drawer. You never know when it could be useful again.

I’ve had and have many versions of the Raspberry Pi, and have used them for a variety of projects and purposes. I want to detail a few of them here.

I posted about this a few months back, but the Pi-Hole might be the best thing I’ve ever used a Pi for. It’s easy to set up, easy to maintain, and has made my life better in a meaningful way. My Pi-Hole is running on a Raspberry Pi 1 Model B+ in the official case. It’s tucked under my TV next to the cable modem and connected directly to the router. The older-model Pi is plenty powerful for this purpose, and having it hard-wired removes any annoyances with WiFi adapters.

If there is a project to recommend, it’s this one. Any Pi will work, as it requires very little in terms of resources, and the benefits are huge. 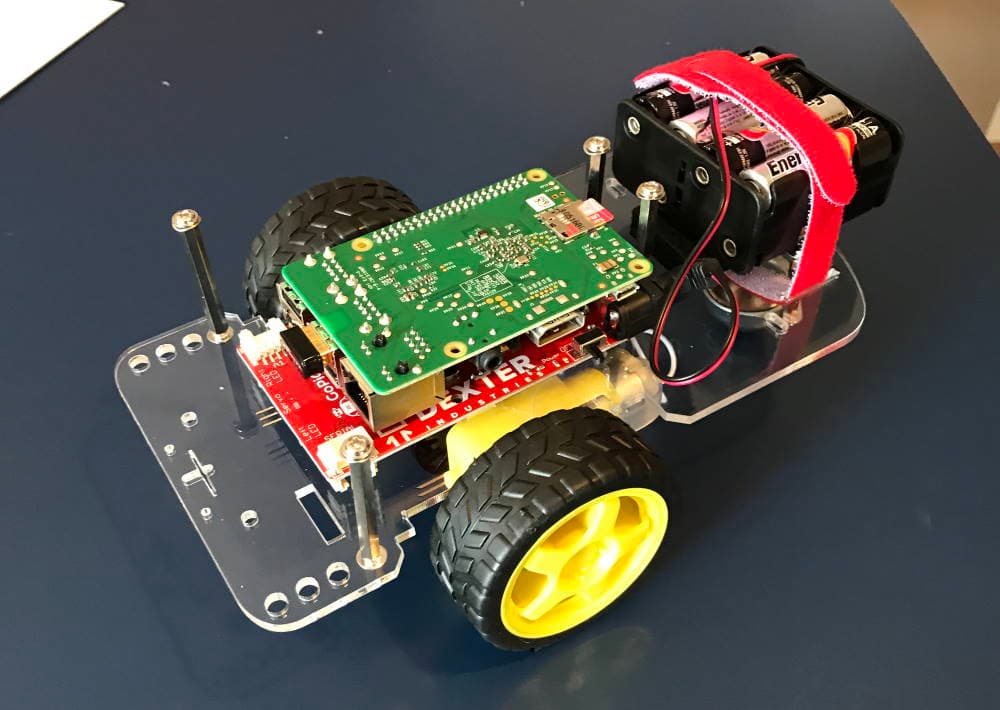 I built a robot once. It was for a Hebocon that AWH hosted. I picked up an open-box kit at MicroCenter for around $40, and used the Pi 1 B+ (which is now the Pi-Hole). I controlled it using a mouse and lost the tournament. The robot parts are still in a drawer and can be hooked up to just about any (non-Zero) Pi if I ever wanted to take another stab at it. I’ve considered grabbing a camera (or some other sensor) and trying to make it more than a glorified R/C car, but haven’t had the motivation (yet). 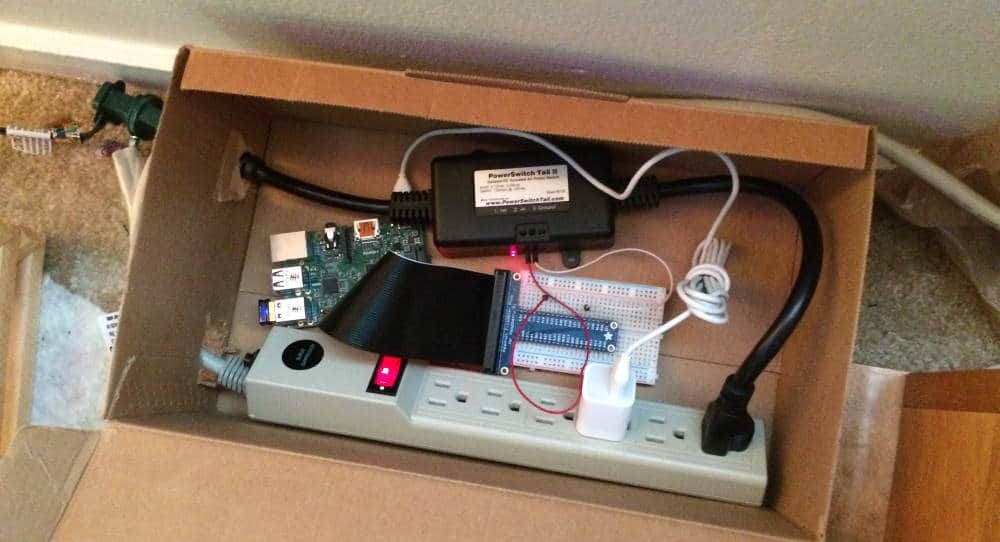 For a few years, I used a Pi and a PowerSwitch Tail to create a custom smart switch. It was used to control Christmas lights around the apartment (then later the house). The software was a simple web server controlling some GPIO pins that toggled the switch on or off. I tried various combinations of server languages and frameworks (Python with Flask, then Node with Express), and various ways of pinging the server (web site, Ionic app, then another web site). Ultimately, it was a fun project but not very useful once actual smart switches became cheaper and easier to use.

I now have a whole collection of WeMo switches around the house and the Pi’s have been repurposed.

RetroPie is the most fun I’ve had with a Pi. At it’s core, RetroPie isn’t much more than a collection of other software and utilities to make emulation easier. It doesn’t even have to be run on a Pi, I’ve run it on my little laptop, but it excels on the Pi. You can get pre-made SD card images which make set up fast and easy. Once it’s set up, you add your ROMs (from totally legit places, of course), run the scraper to collect some metadata, and play.

Using their pre-made images on the Pi works better because it can take over the entire system rather than being another app in a menu. It also saves a lot of hassle with compiling all the emulators and tools, and making sure it’s all configured right. Updates take a while no matter which way you installed it.

My current RetroPie is a Pi 3 Model B, though I intend to get a 4 once they are more available and once RetroPie officially supports it. But the 3 is plenty powerful to emulate up to the PS1 (not N64, though it might be possible with the Pi 4). I’ve used a handful of USB controllers (this and this), but have settled on a nice wireless one recently which as made it much easier to pick up and play. I also keep it in the wonderful Flirc case, which looks great and works well as a big, passive heatsink.

RetroPie’s also don’t require an active internet connection, so they are perfect for hotels (as long as you have an HDMI input on the TV).

This is a new development. I saw the announcement and initial release of the GPi Case a couple of months back and wanted it from the moment I saw it. It’s made by RetroFlag, whose other cases I’ve used before, but is much more than a simple case. It includes a screen and buttons to turn a Raspberry Pi Zero (I’m using a W) into the best GameBoy every made. I finally managed to order one last week and only just received it. I’ll probably post more thoughts once I’ve had more time to play with it. First impressions are good, though.

I’ve always got some idea floating around about how I can use a Pi. I kind of want to build a Magic Mirror, but would settle for a simple dashboard-style screen displaying a shared calendar. The Raspberry Pi Subreddit is wonderful and friendly, and browsing other people’s projects is lots of fun

Get a Pi. They are cheap and versatile. And with the new Raspberry Pi 4, they are legitimately pretty powerful.