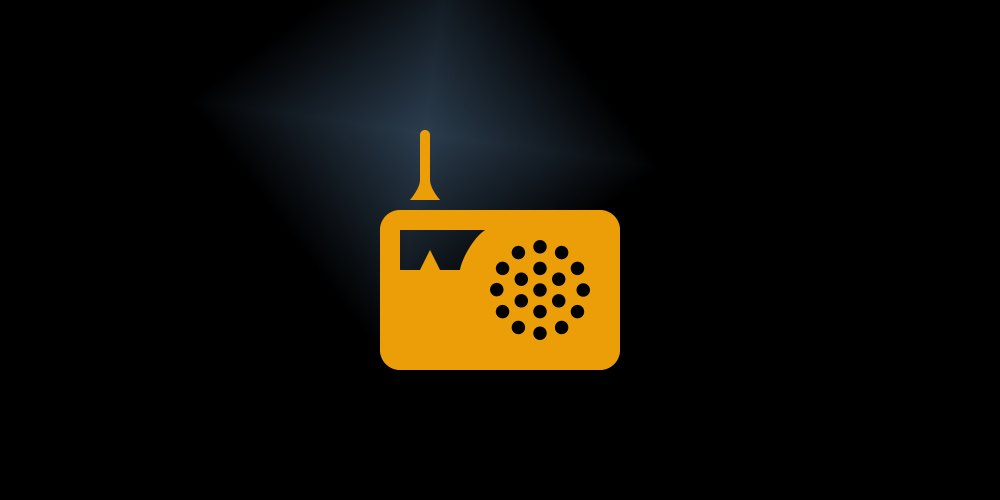 I’ve recently (re)discovered the magic of internet radio. About a month ago, the fine folks over at The Iconfactory released Triode, a new app for streaming internet radio on iOS. There’s a Mac app, too, but I have no use for that (as of now).

Since then, I’ve basically stopped using Spotify to listen to music while I work. When I’m working, I need lots of music to play and with little to no input from me. Spotify requires too many choices to pick what I want. I could listen to albums, but those are short. Playlists also end. Spotify’s “radio” is terrible and is basically just a playlist (it ends, too). Back in college, I would use Pandora for this kind of listening.

When I was using Apple Music, their radio option was actually really good for this.

It’s not a widely known fact, but radio is still HUGE. And most radio stations broadcast online, too. The best ones to listen to are the public stations. They make their streams available using standard protocols and have way fewer ads than commercial stations. But there are also some online-only stations that I’ve discovered. I know none of this is new, but I’ve never had a nice and convenient way of accessing this music. Now I do and a whole new world has opened up.

The best part about this is that these stations are always there, always playing. They play songs chosen by people who love and care about the music. And all I have to do is tap play. No other input. No rating songs to improve the station, no selecting the next album or playlist. Hit play, listen, and get to work.

Here are some of my favorite stations that I’ve found so far. I bounce between them on any given day.

There are many more stations available through Triode. The “Our Picks” tab is a great way to start finding new stations, but the search is expansive and vast. Internet radio isn’t new, it’s been around for decades now, but it’s still out there and still waiting for more people to discover it. I hope Triode gets more people listening to more stations.