Even so, it’s amazing to consider just how much computer you can get for under $200.

All in all, it’s not a bad little machine, even if it’s basically a toy.

All in all, I actually really like the hardware. It’s compact and light. The keyboard is surprisingly nice and even has half-height arrow keys. The trackpad is actually quite nice and fairly big for the size of a chassis. It isn’t the best build quality you can get in a laptop, considering it’s all plastic, but it’s sturdy enough.

The specs are sort of a mixed bag. On one hand, 4GB of RAM is nice and the N4000 isn’t a bad processor at all. Certainly it’s much better than the previous generation that is usually in these cheap laptops. But the storage is pretty anemic and the screen is not very nice.

But the battery is great. Since the screen is so small, and since the processor is so weak (and thus efficient), the battery almost never gets fully taxed and lasts forever.

I never finished setting up Windows 10 when I got it. I started, then realized I would be wasting my time and went and downloaded some Linux distros. This is really what I got it for: experimentation. I want to play with Linux again. Back in high school, I had an old desktop that I would try out various distros on. Since it wasn’t my family’s main computer (it was at one point), there was no harm in wiping it and trying something new every so often

But my Surface is used for work. And my gaming PC doubles as a Plex server. I can’t really afford to take risks with those machines. But at $150, I don’t really care if I break this laptop or have to wipe it. Since the weekend, I’ve actually lost count of how many distros I’ve installed. Somewhere around 7 or 8, I think.

A note about battery life, one night I wiped and installed a new distro twice, and used less than 10% of the battery. So good.

I’ve settled on Ubuntu MATE. It’s still Ubuntu, which means lots of software and good hardware support (WiFi worked out of the box, I haven’t tried Bluetooth yet), but uses the MATE desktop. MATE is a fork of GNOME 2, which is what I loved using before, and it less resource heavy that GNOME 3 which full Ubuntu uses. I know there are lighter desktops out there (XFCE and LXDE, mainly), but MATE has a lot more polish while still being relatively lightweight. 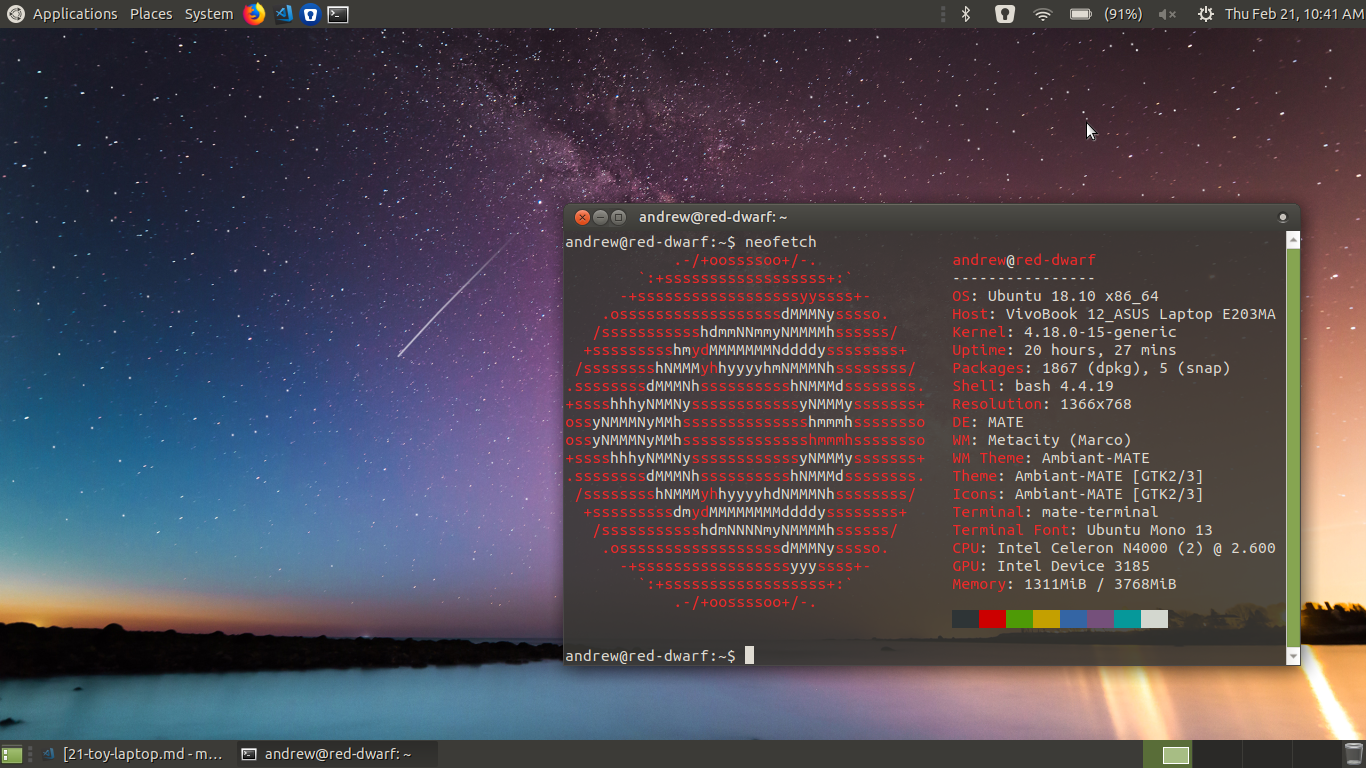 This is a hell of a deal. This is a perfectly usable computer for under $200. Linux runs smoothly on it (I’m using it to write this post), and the hardware is actually pretty nice. It’s not something I would recommend to anyone, though, as unless you want to dig into the weeds of Linux, it won’t be a fun experience. Windows would not run well on this hardware, and although it has come a long way in the 10+ years since I started playing with it, Linux is still not really good enough for mainstream usage.